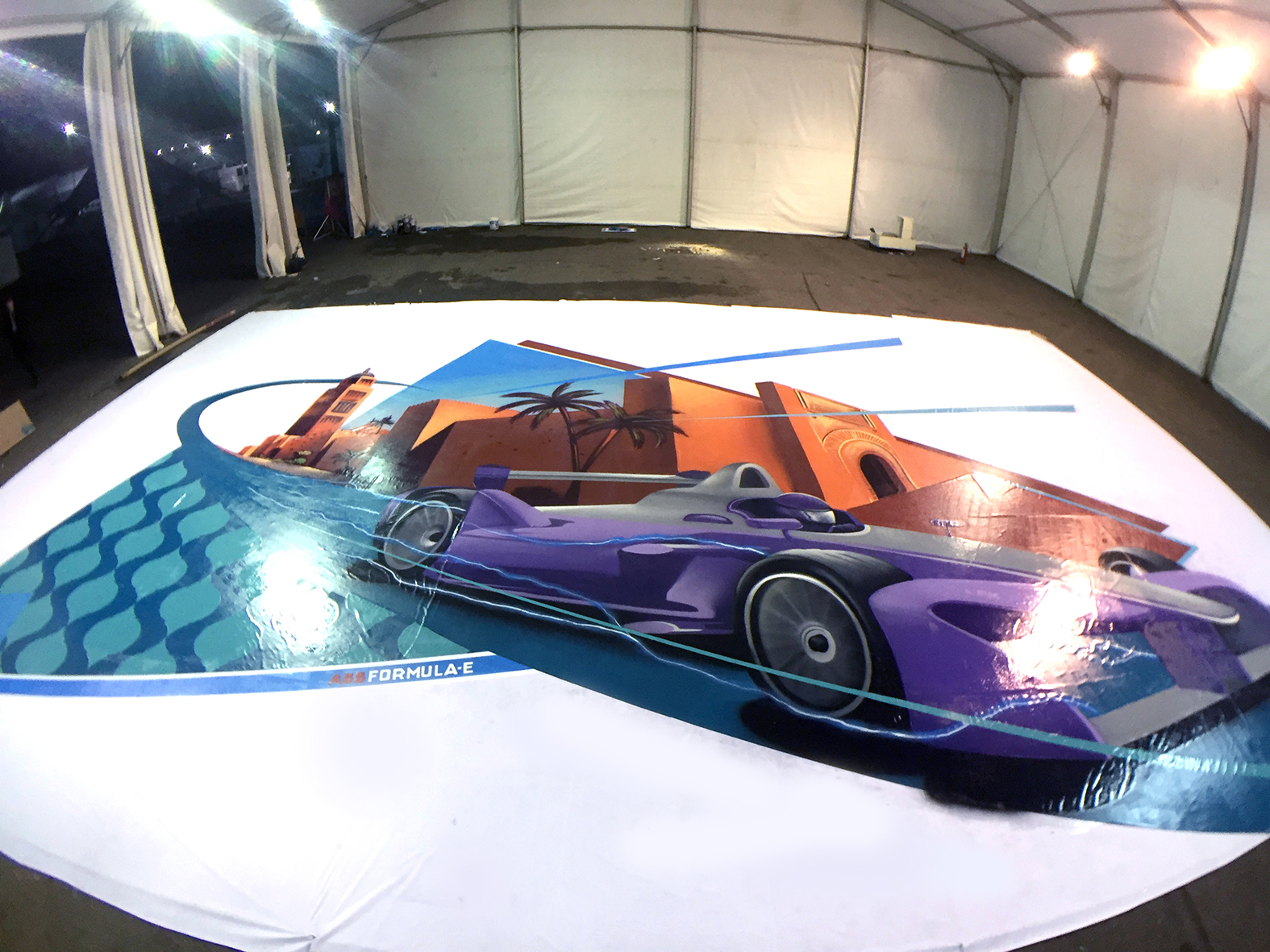 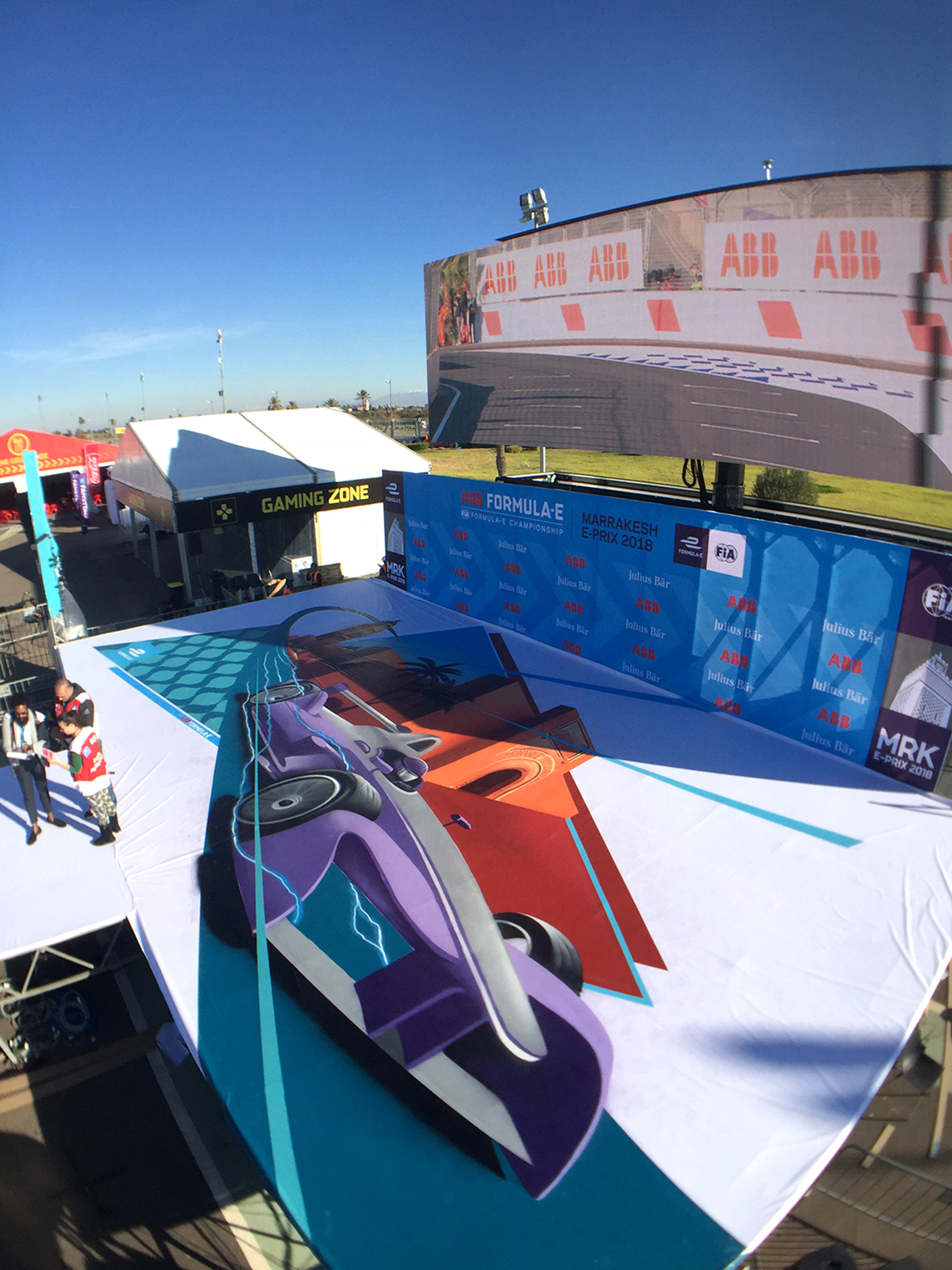 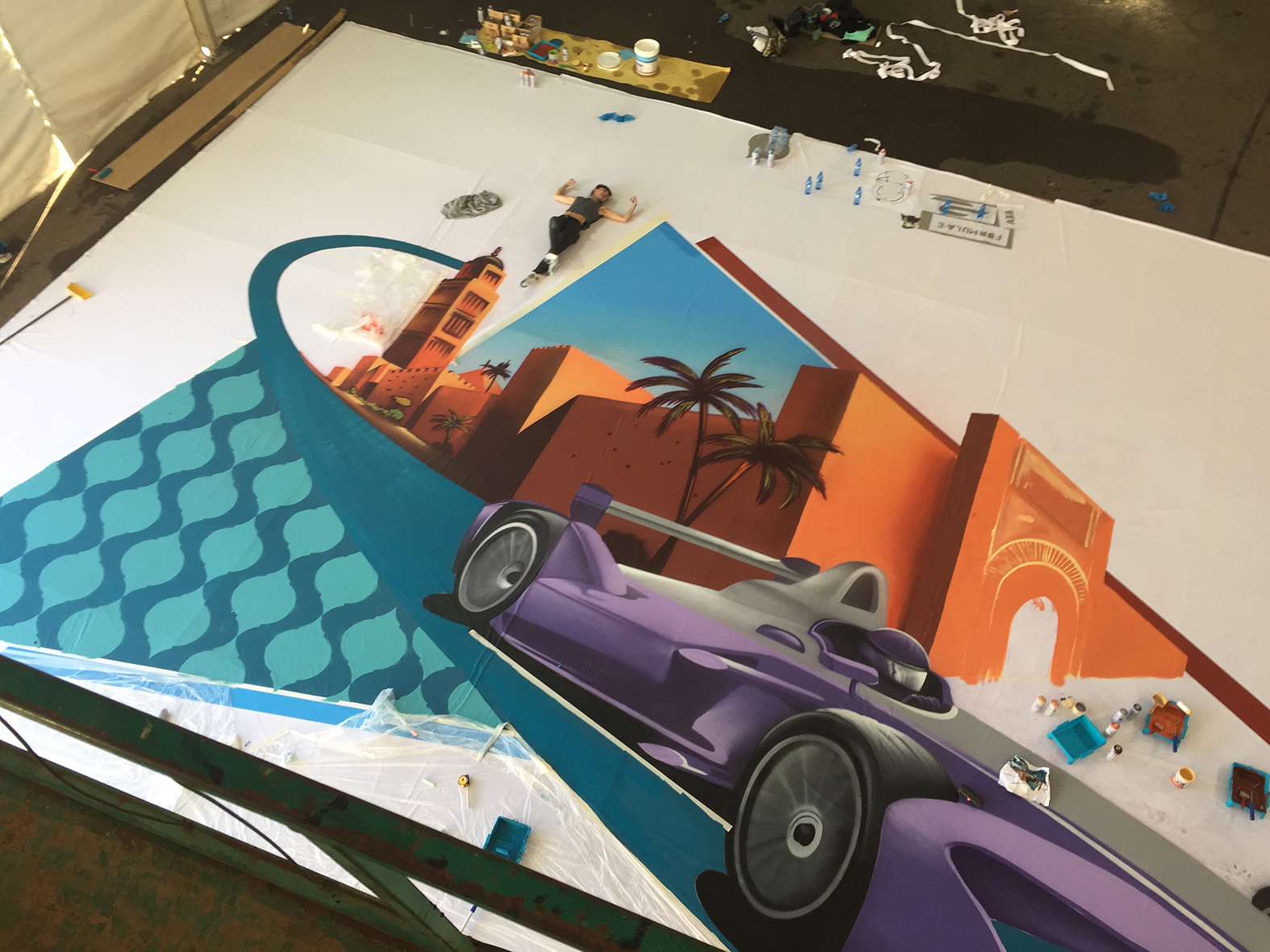 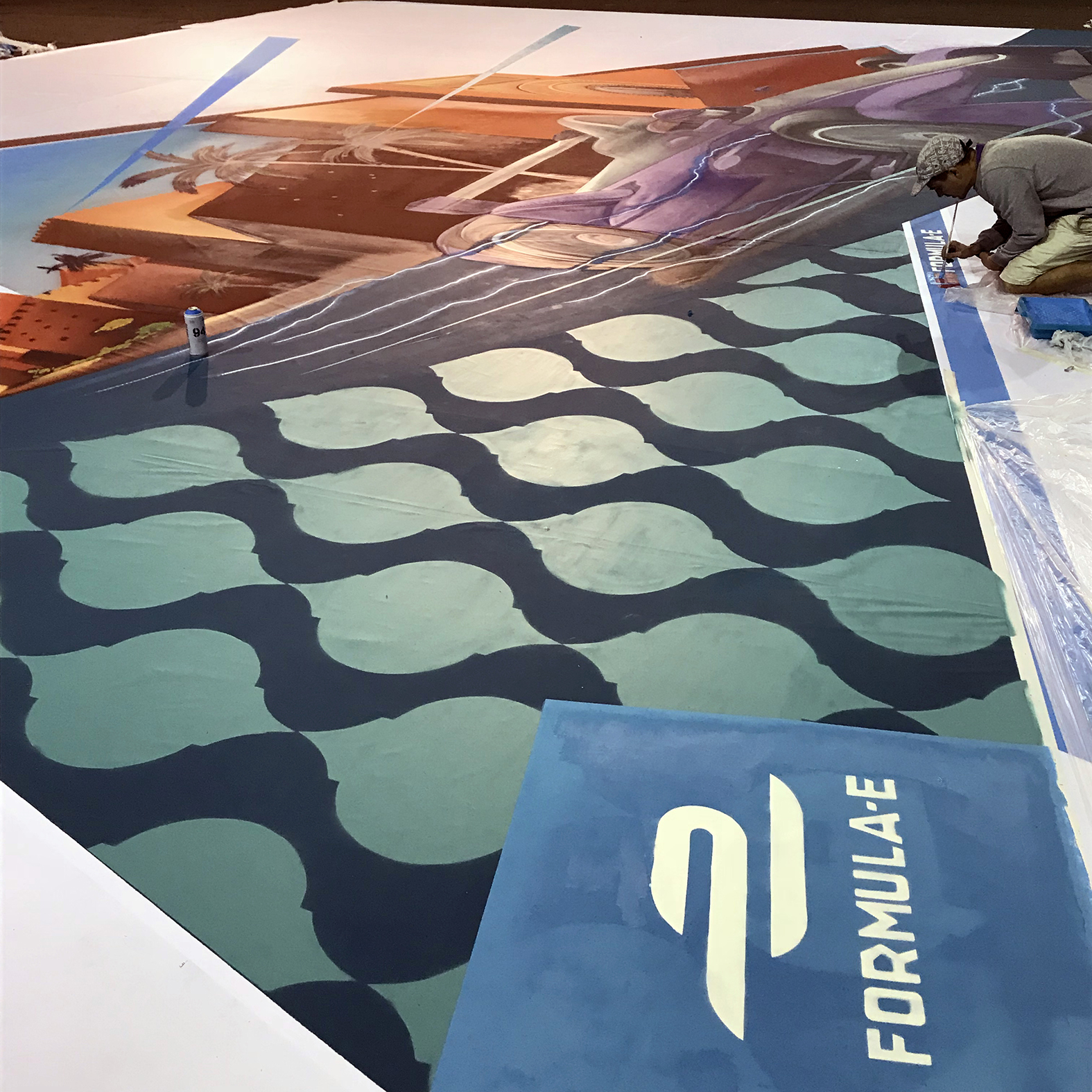 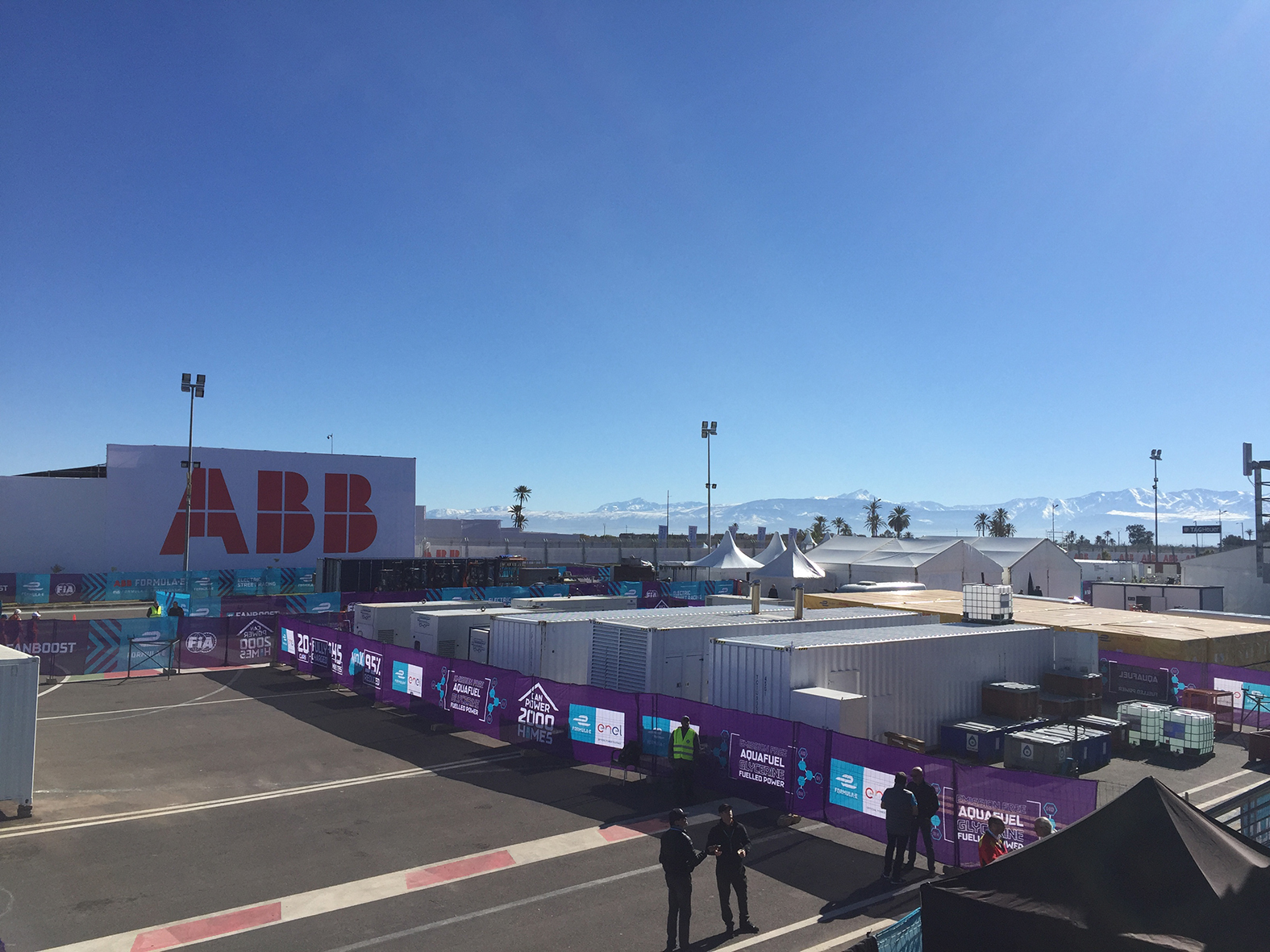 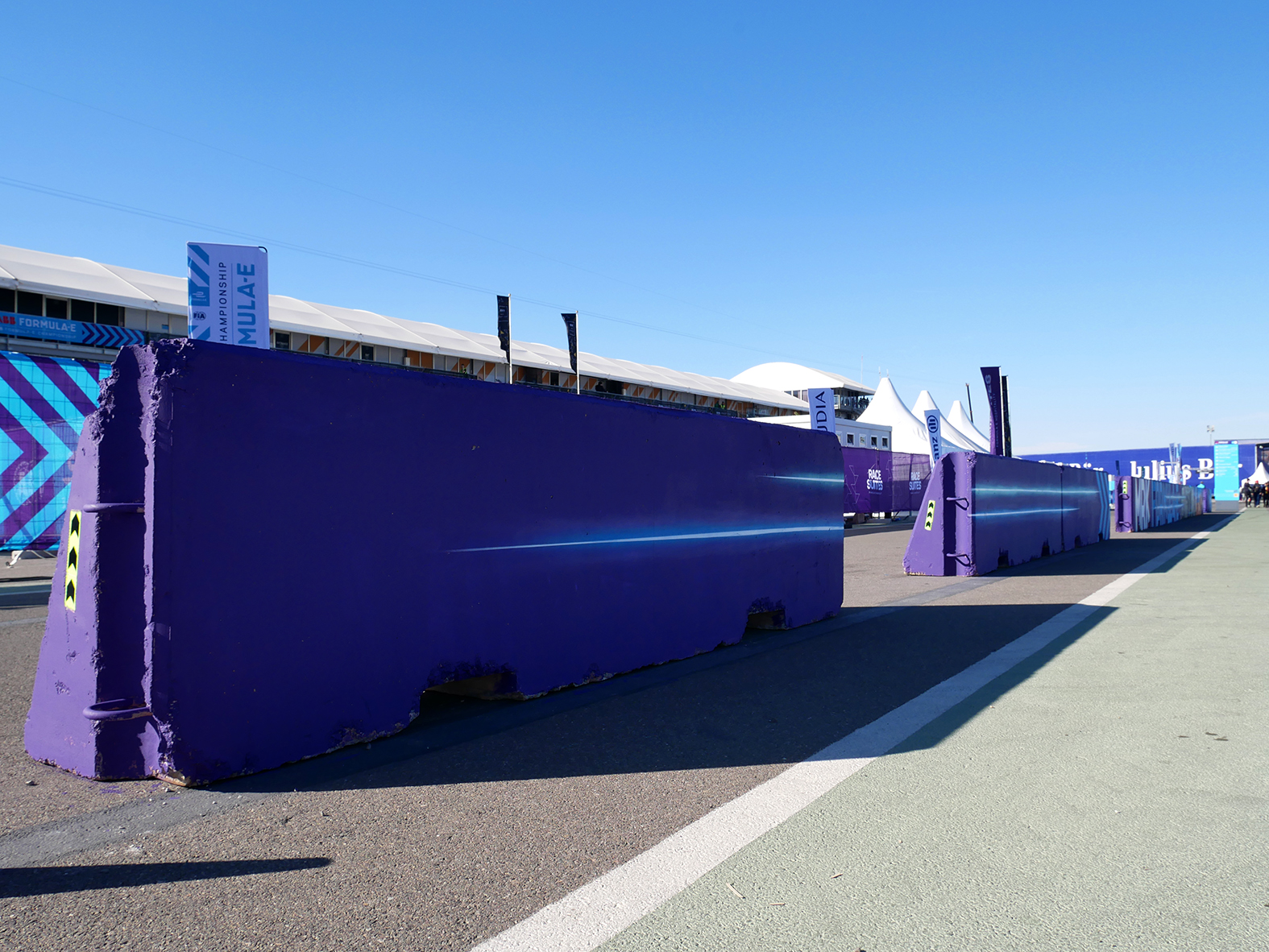 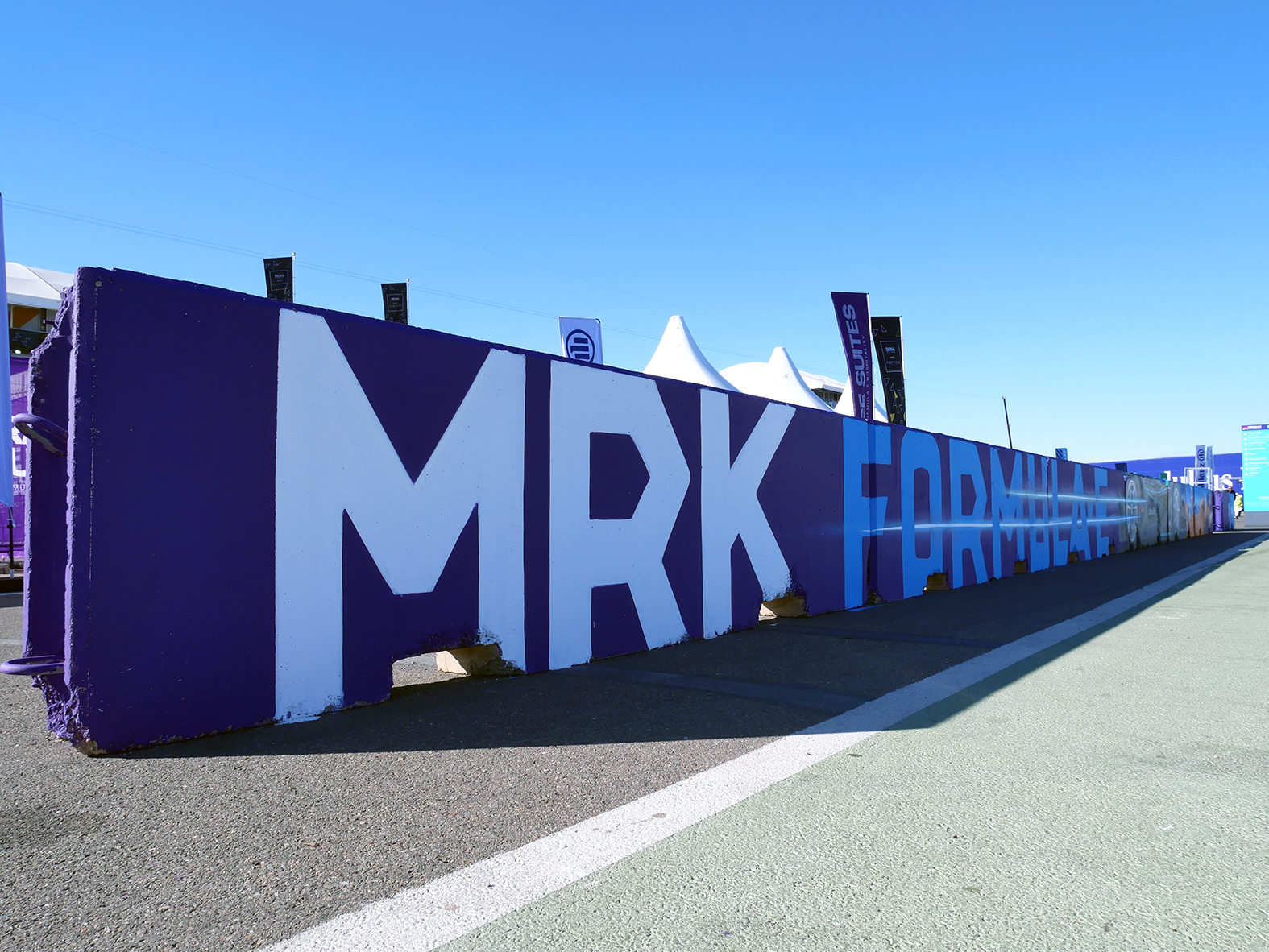 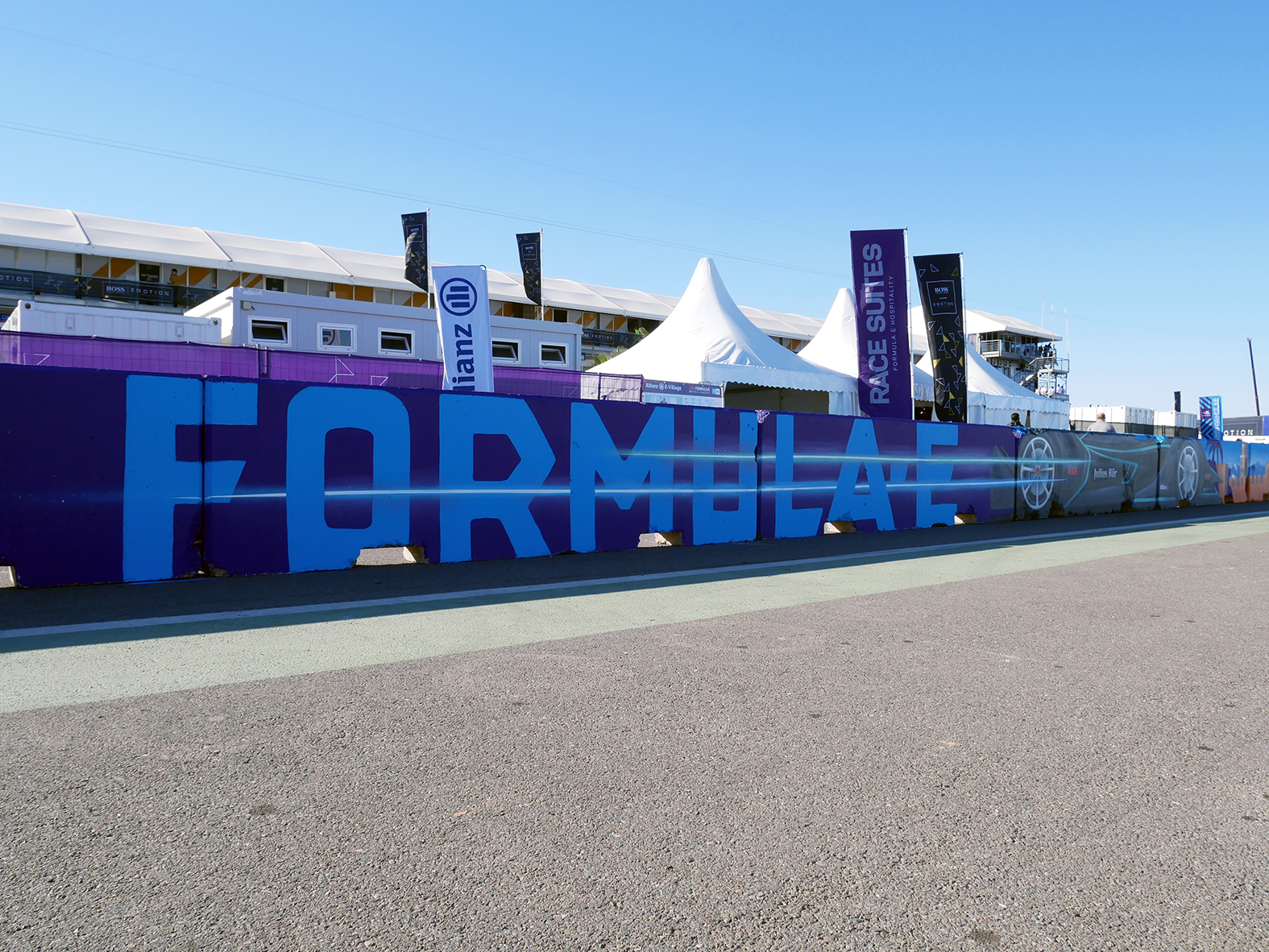 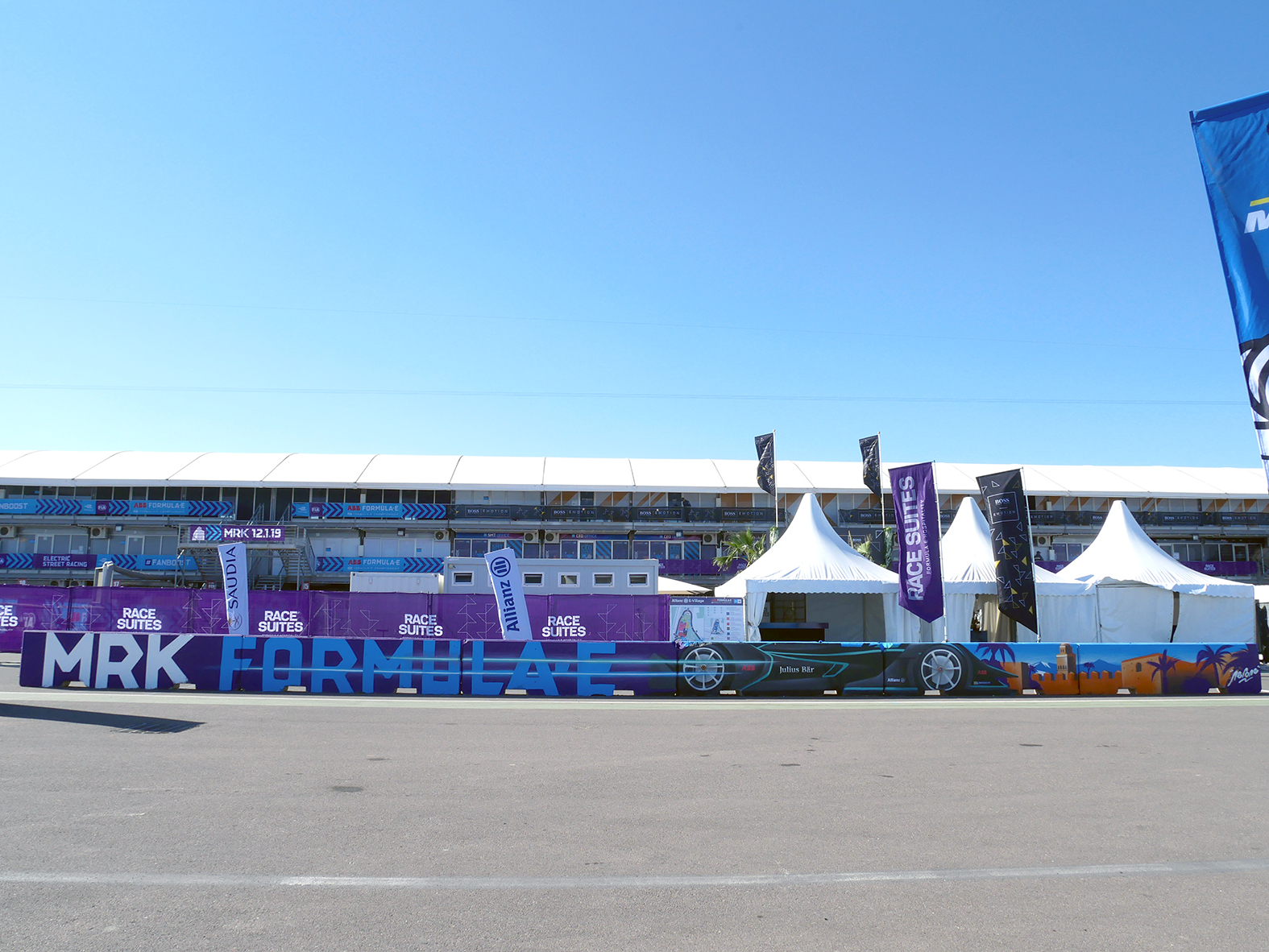 Painting of the stage of the Marrakech E prix in 2018 and a 50m wall in 2019 commissioned by Formula E
The FIA Formula E Championship is the world’s first fully-electric single-seater racing series, competing on the
streets against the backdrop of some of the most recognisable cities. Formula E is the electric street racing
series, bringing electrifying wheel-to-wheel action to iconic cities across the globe. Including Hong Kong,
Marrakesh, Buenos Aires, Monaco, Paris, New York and Montreal.